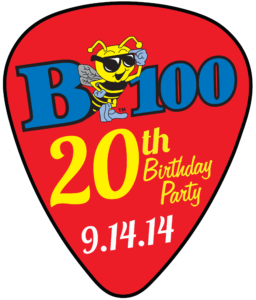 Wow!  What a way to celebrate TWENTY YEARS as Michiana’s #1 choice for country music!  The weather was great and the performances were even better!  The day was kicked off by new artist Olivia Lane delivering a gorgeous rendition of our National Anthem.  After that Olivia headed over to Stage Bee where she performed throughout the day.  The Cadillac Three took the stage next and got things rockin!  They were followed by young stars Jon Pardi and Eric Paslay.  Around 4pm the legendary band BlackHawk took the stage and sounded as great as they did when they first started back in 1994.  The day was wrapped up by Rodney Atkins who wowed the crowd with a steady stream of hits and top notch crowd interaction.  He even brought a young girl up on stage to join him for his show closing number “If You’re Going Through Hell”!