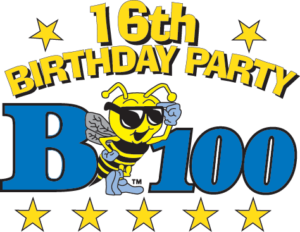 2010 was headlined by the legendary John Michael Montgomery who performed all of his greatest hits for the thousands in attendance.  Our 15th Birthday party also featured Little Big Town, Lee Brice, and The Band Perry.  All three have since gone on to become huge stars with 10 number 1 hits between them!  Love and Theft were scheduled to open the party but when one of the members lost his voice they had to cancel at the last minute.  Thankfully our friends Bomshel were able to fill in for them and make their record setting third appearance at a B100 Birthday Party!  We love those girls!