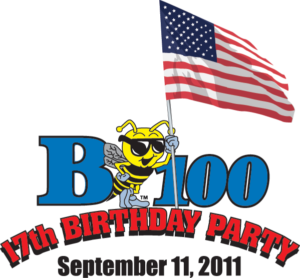 Our 17th Birthday party was one of the most special yet.  It happened to land on the exact 10 year anniversary of the 9/11 tragedies.  We really wanted to mark the occasion by celebrating the American strength and spirit.  The day featured many special moments including the ringing of a firetruck siren at the moment when the first tower fell and 40,000 people each proudly waving American flags throughout the day.  The lineup that year was fantastic too!  Headlined by former Marine Craig Morgan (who returned after getting rained out in 2008), the day also saw great performances from hitmaker Jo Dee Messina, Eli Young Band (who had just recently broken through with the big hit “Crazy Girl”) and future superstar Hunter Hayes who already had the young girls squealing with excitement!